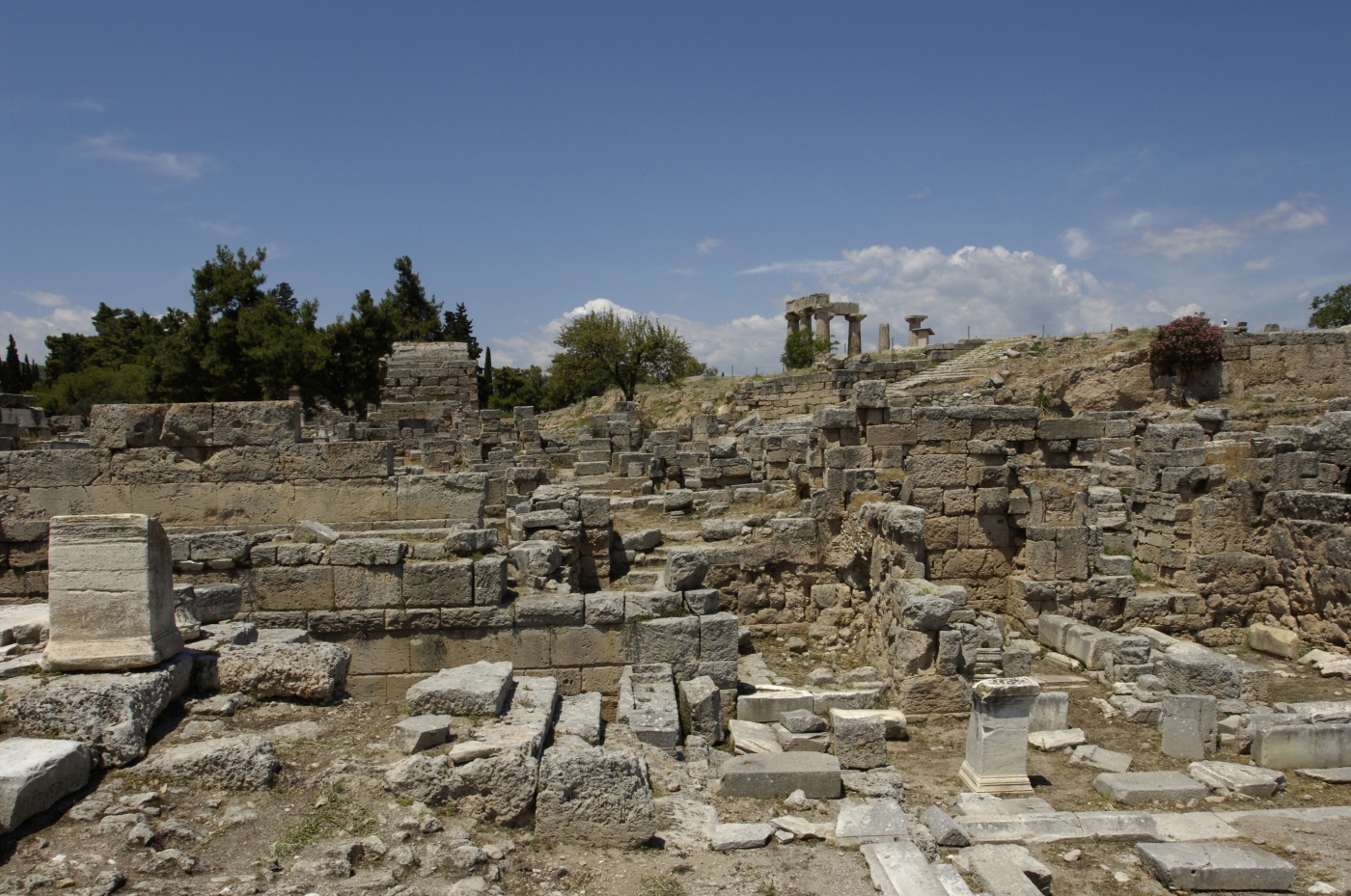 “Now the gates of Jericho were securely barred because of the Israelites. No one went out and no one came in. Then the Lord said to Joshua, ‘See, I have delivered Jericho into your hands, along with its king and its fighting men. March around the city once with all the armed men. Do this for six days. Have seven priests carry trumpets of rams’ horns in front of the ark. On the seventh day, march around the city seven times, with the priests blowing the trumpets. When you hear them sound a long blast on the trumpets, have the whole army give a loud shout; then the wall of the city will collapse and the army will go up, everyone straight in.’

When Joshua had spoken to the people, the seven priests carrying the seven trumpets before the Lord went forward, blowing their trumpets, and the ark of the Lord’s covenant followed them. The armed guard marched ahead of the priests who blew the trumpets, and the rear guard followed the ark. All this time the trumpets were sounding. But Joshua had commanded the army, “Do not give a war cry, do not raise your voices, do not say a word until the day I tell you to shout. Then shout!” So he had the ark of the Lord carried around the city, circling it once. Then the army returned to camp and spent the night there.

The seventh time around, when the priests sounded the trumpet blast, Joshua commanded the army, “Shout! For the Lord has given you the city!”

When the trumpets sounded, the army shouted, and at the sound of the trumpet, when the men gave a loud shout, the wall collapsed; so everyone charged straight in, and they took the city.”

One aspect of the story of Joshua and Jericho never really struck me until today when reading this story again; Joshua never told the Israelite army about the seventh day. He did not go to them saying, “Here is the plan…” and lay out for them exactly what God instructed him to do. In the minds of the army, there was no definite timeline. They were simply told to march.

When reading this morning it occurred to me that there must have been two distinct types of people in the Israelite army when Joshua told them to start marching around the city. There surely were those that trusted in God completely, along with Joshua’s leadership, and marched with full confidence that the city of Jericho would be delivered into their hands at some point.

However, there must have been some who were marching day after day, tension mounting, fear building, and patience growing thin. I have to imagine they were wondering what the plan was, feeling less and less confident the more time that went by, and getting a bit stir crazy, wanting to divert from the plan and take some other course of action.

There have been so many times in my life where I have existed in each of these groups. There have been times where I unconditionally believe in the path God has set me on, knowing that I am marching around the walls of Jericho and that they will eventually fall if only I have the patience to keep marching.

However, there are many times where I start to ask, “God, can’t these walls crumble already? How much longer must I continue to march dutifully before these walls begin to fall?”

There have been so many moments where I feel like I am running out of time, money, patience, stamina, love for others, emotional energy, etc. I am just not sure how much longer I can march around Jericho unless the walls fall soon.

What is your Jericho right now? What is the path God has set you on, where it is day 4, 5, or 6, and you are starting to tire of the relentless marching?

In many cases we might be more like Moses wandering through the desert, as opposed to Joshua and the army marching around Jericho. The season we are in is not simply 7 days of patience, but years, even decades.

We do not always have the luxury of being Joshua, knowing the exact timeline and waiting patiently for that beautiful seventh day. It is extremely rare that I have seen God put on my heart a concrete timeline for his promises.

More often than not, he simply wants me to march. He wants me to wake up day after day, put on my armor, pick up my spiritual weapons and shield, and go to battle against whatever comes my way.

Based on the entire rest of the old testament, I am assuming that God would not have been overwhelmingly pleased if the armies had decided to simply stop marching after day 4. I am guessing he would have burned with fury had they started grumbling and saying, “What is the point of all this marching God?” and simply sat back in their camp waiting for a different plan, looking for a different path.

The question is, will we faithfully march?

What is my Jericho? Where is my patience growing thin where I have been tempted to just stop marching?

3 thoughts on “Faithfully marching around Jericho”

As always, thank you for commenting and sharing! Your comments are always encouraging and appreciated, and I would be honored if you chose to share this blog with others.